TCS hold workshop on the dangers of bird flu 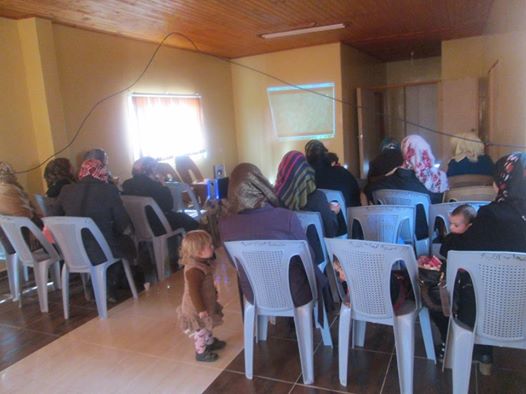 Tubas Charitable Society delivered a workshop on birdflu (H1N1), to 20 women from Tubas city in the TCS hall, in partnership with the Environment Center and the Ministry of Information.

Mr Abed BasetKhalaf discussed with the women the history of the disease. This virus was thought to have originated as “swine flu” as laboratory testing showed that its gene segments were similar to influenza viruses that were most recently identified in and known to circulate among pigs. CDC believes that this virus resulted from reassortment, a process through which two or more influenza viruses can swap genetic information by infecting a single human or animal host.

When reassortment does occur, the virus that emerges will have some gene segments from each of the infecting parent viruses and may have different characteristics than either of the parental viruses.

Reassortment of influenza viruses can result in abrupt, major changes in influenza viruses, meaning that most people have little or no protection against the new influenza virus that results. Mr Abed BastKhalaf thus discussed with the women what best hygiene practices are for preventing infections from occurring.