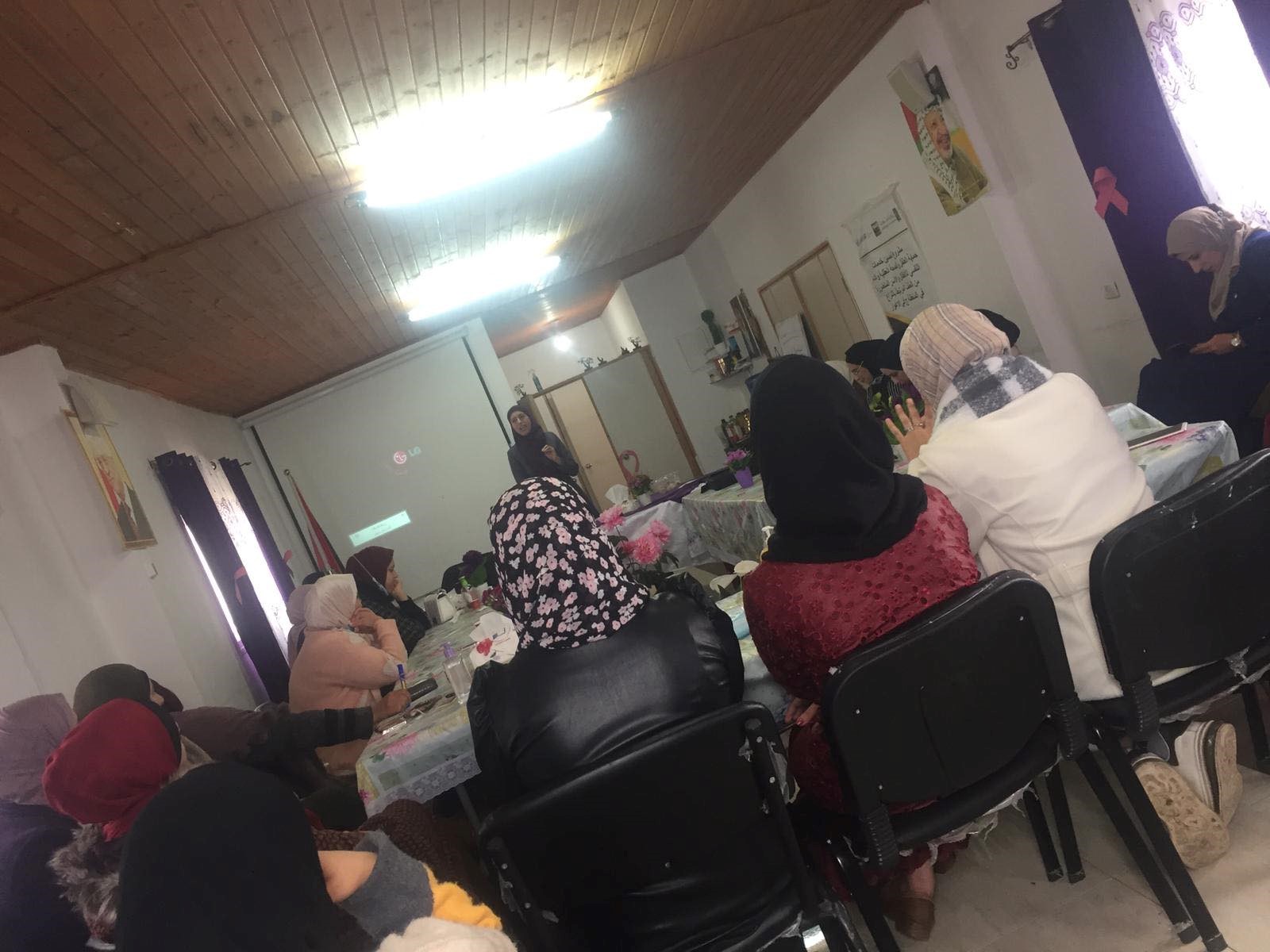 As part of the campaign against violence against women, the Tubas Charitable Association implemented a project by displaying and discussing a film entitled White Dress by the young director, Umaima Hammouri, produced by the Women’s Cinema Screens Foundation, with the presence of a group of women inside the association.

The founder of women's cinema screens with the support of the European Union, the film spoke within 9 minutes, the time period during which he narrated a realistic story about a girl named Rand, 12 years old, who built her childhood and thought about marriage and focused her childhood on love and marriage from childhood because of her father's words that she heard Time and time again for her aunt "people do not understand that you are looking for the right man, people do not have mercy."With these words the brother shockes his sister, and raises questions within his daughter, Rand, and finds herself unintentionally stuck in the same maze with her aunt, Rend arrives in some way to the conviction that her father and all Those around her only love a married woman, so she decides at the age of 12 that she wants to become a married woman.