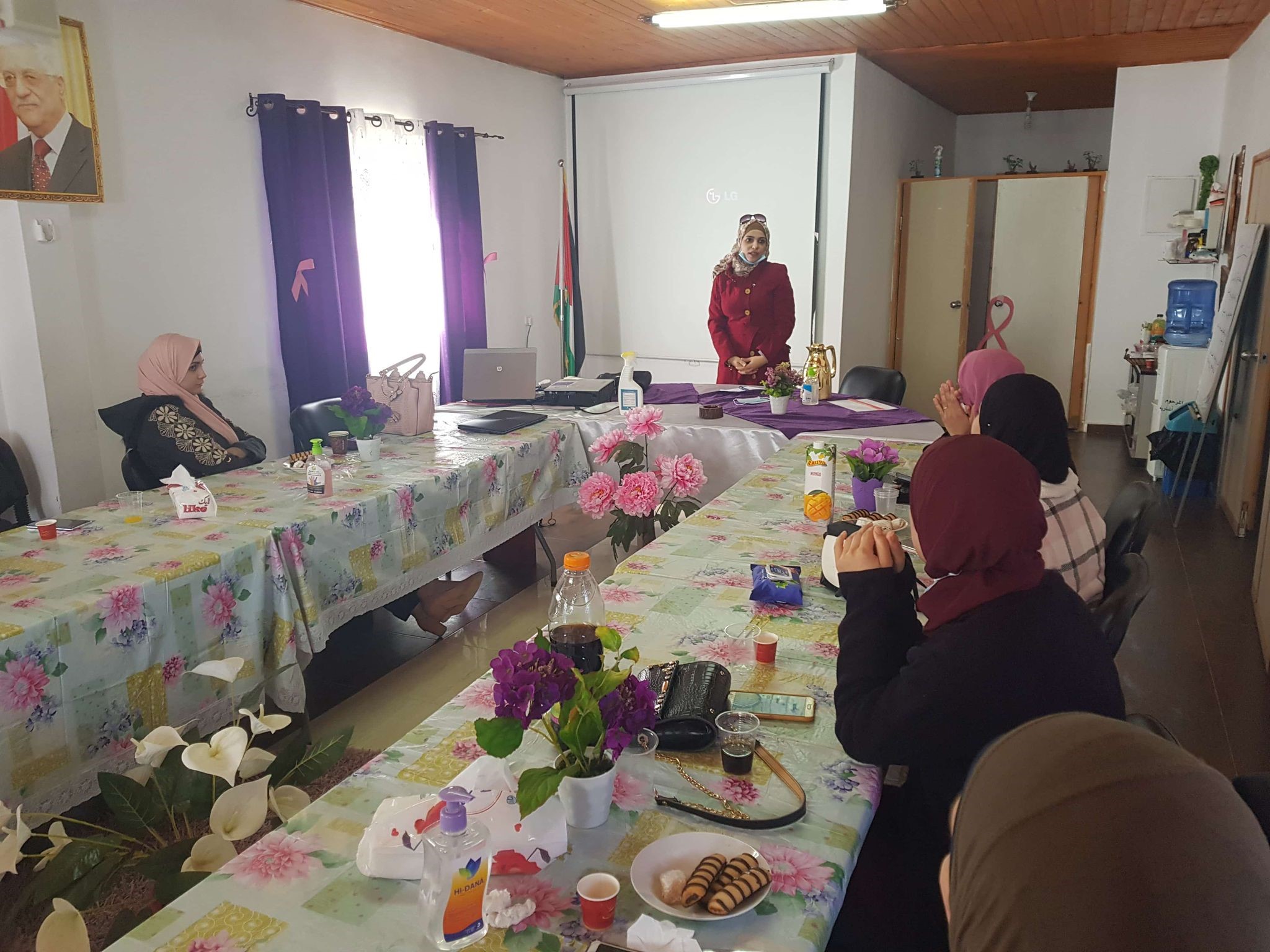 On Tuesday 27/12/2020, the Tubas Charitable Society showed the movie & quot; Engagement ring & quot; For Taghreed Al-Azza in 14 minutes Its events revolve around the engagement period, which represents a period of acquaintance, understanding and preparation for the long life stage, but both parties face There are many problems within a complex Palestinian society with its culture.

The marriage contract is performed and the fear of divorce affects the making of The decision for the girl, as part of the & quot; Let's see the movie & quot; A cultural-community partnership project implemented by the & quot; Women's cinema screens & quot; In partnership with & quot; The Association of Female University Graduates and the “Sunflower Society for Human and Environment Protection” With major support from the federation European and supportive support from the Swiss CFD and the Global Women's Fund " .

Indicated a. Kholoud Al-Buhaisi, the facilitator of the presentation, said that the purpose of showing the film is to shed light on societal issues affecting society, because The family is the nucleus of society, and if the family is the core, it is wrongly established, then this affects society. Al-Buhaisi discussed with the participants their opinions fluently about the positive and negative behaviors and behaviors that take place between Engaged.

Al-Buhaisi also clarified the difference between the engagement, the marriage contract and the publicity, and the rights and duties that the parties have towards the party. The other in the period of courtship, and the role of society and the means of communication in influencing the suitors. Al-Buhaisi concluded the discussion with recommendations from the participants, who showed great discussion and interaction with the topic of the film that affects our reality. Significantly